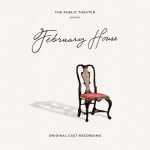 After its extended run at New York City’s Public Theater, the original cast recording of February House has been released on the Storysound label. The show is based on Sherill Tippins’ book, which brings to life the story of what was possibly the most fertile and improbable live-in salon of the twentieth century. Known as […]