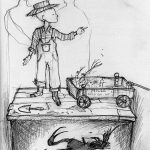 The Scarlet Ibis is an opera that fuses singers, puppetry and multimedia stagecraft to tell the story of Doodle, a remarkable, disabled boy whose older brother pushes him to be “normal.” Set in rural North Carolina a century ago, the story contrasts notions of physical wholeness versus mystical otherness. Episodic and expressionistic, the narrative draws on […] 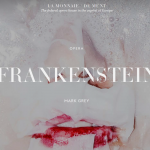 This month brought the world premiere of Frankenstein by composer Mark Grey, with a libretto by Julia Canosa i Serra. Available online for streaming now. 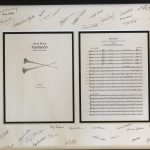 The San Diego Symphony recently premiered a new concert opener by David Bruce. The composer writes about his work: I was honoured to be asked by San Diego Symphony to write a celebratory fanfare in honour of their departing maestro Jahja Ling, who conducted the premieres of my Night Parade and the Violin Concerto Fragile […] 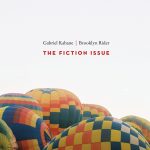 The Fiction Issue, a collaboration with the string quartet Brooklyn Rider, is Gabriel Kahane’s first album of chamber music, comprising three pieces written between 2011 and 2015. The title work, featuring Shara Worden, was commissioned by Carnegie Hall, and premiered in 2012. It was revised in 2014. Bradbury Studies (2014-2015), for quartet alone, is a […] 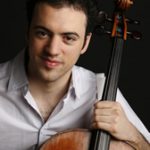 Paul Brantley has been commissioned by Maestro Kenneth Kiesler and the Grammy Award winning University of Michigan Symphony to compose THE ROYAL REVOLVER, a concertino for solo cello and 15 instruments. Eric Jacobsen, cellist and conductor of The Knights, will be the cello soloist. This will be premiered in the 2016-2017 season in Ann Arbor. Details TBA. […]