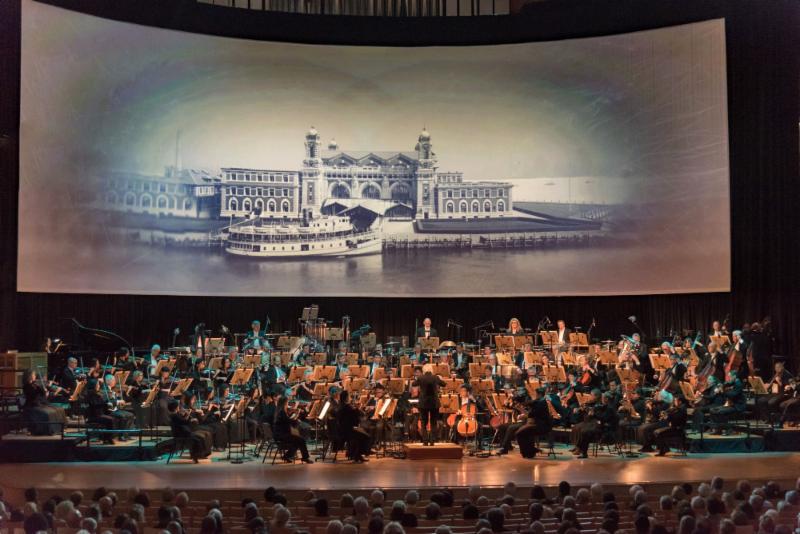 The special was recorded by Great Performances at the Renée and Henry Segerstrom Concert Hall in 2017 during Pacific Symphony’s 17th American Composers Festival. Peter Boyer’s “Ellis Island: The Dream of America” premiered in 2002 to great acclaim. It has since received nearly 200 performances by more than 80 orchestras, and earned a Grammy nomination for Best Classical Contemporary Composition in 2005.

A co-production of Pacific Symphony and THIRTEEN Productions LLC for WNET in association with PBS SoCal, Great Performances – Ellis Island: The Dream of America with Pacific Symphony was directed for stage and television by Matthew Diamond and produced by John Walker; with Shawn Murphy as audio producer, production design by Matt Steinbrenner, lighting design by Bob Barnhart and projection design by Perry Freeze. For Great Performances, Bill O’Donnell is series producer and David Horn is executive producer.

Great Performances is produced by THIRTEEN Productions LLC for WNET, one of America’s most prolific and respected public media providers. Throughout its more than 40-year history on public television, Great Performances has provided viewers across the country with an unparalleled showcase of the best in all genres of the performing arts, serving as America’s most prestigious and enduring broadcaster of cultural programming.

“A work of rare authenticity and directness”

You can purchase a score here.