The Minnesota Opera has announced the commission of The Manchurian Candidate for their 2014-15 season. Based on the 1959 Richard Condon political thriller that has been made into two films, the opera will reunite Puts and Campbell as collaborators. Their first project, Silent Night, earned Puts the Pulitzer Prize in music for 2012. 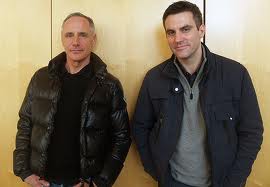