Richard Danielpour has been commissioned to write three new concerti, each for very different virtuoso soloists. 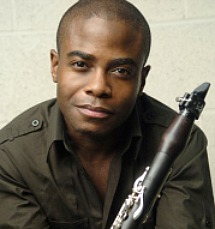 Anthony McGill, the young star clarinetist who is currently principle with the Metropolitan Opera Orchestra will premiere Danielpour’s new Clarinet Concerto. The work will be a tribute to Dr. Martin Luther King and the civil rights movement, written as a series of musical essays and remembrances of the period. Jointly commissioned by the Philadelphia group Orchestra 2001 and the New Jersey Symphony, the world premiere will take place in early 2014.

The 2013-14 season will also feature a new concerto for percussionist Lisa Pegher. This piece promises to be a new direction in Danielpour’s writing, for a consortium of orchestras that will be revealed soon!

Summer of 2013 will bring Danielpour’s new violoncello concerto for the Eastern Music Festival, Gerard Schwarz, conductor. The soloist will be the conductor’s son, Julian.