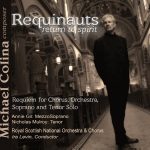 Michael Colina’s Requinauts, recently released on Naxos with the Royal Scottish National Orchestra and Chorus, has received wide attention and praise for its excellence. Read the Opera News review here. Purchase the CD

A flute recital in Moscow, 2009, where Aleksandr Haskin played Isles of Shoals. 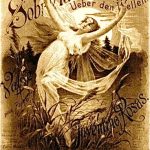 “Everybody will know this tune,” says Michael Colina. “I created variations on this theme, making it a journey from fancy and cute to profound and triumphant.” Arguably one of the most famous Latin-American melodies ever written, it rose to prominence at circuses and fairgrounds, in part because it was one of the tunes available for […]